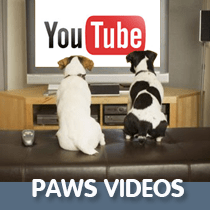 Lovely Lurchers and Stunning Sight-hounds, could a lurcher be the perfect dog for you?

I’ve been asked more times to explain what exactly a lurcher is in my two years as part of the PAWS team then anything else.  The best and most simple explanation I’ve ever heard is, a lurcher is any kind of breed that’s been crossed with a greyhound.  A sight-hound mix that was originally bred for hare-coursing, racing and hunting small animals in the desert.  They were bred to use their keen eye sight, stealth, agility and speed to see small prey and give chase, which is why they are called sight-hounds.

These days, their desirable traits of speed, loyalty and keen eye-sight often make them popular choices of working dog but unfortunately this also means that many lurchers end up in the wrong kind of hands.  Lurchers are among the top most abused dog in Ireland along with the retired racing greyhound and the Irish collie crosses.  Many lurcher dogs are found in appauling condition, often found starving and malnourished, covered in mange, with other health problems, pregnant and discarded or worse.  If you take a look at any pound or rescue shelter you are sure to find them bursting with many poor lurcher dogs looking for a home, no longer of use to their previous owners for hunting or breeding, they are often dumped in pounds or left to stray and fend for themselves.  Sight-hounds make up about 70% of the dogs and puppies looking for homes in PAWS and they are very seldom adopted by the Irish public.  Unfortunately, many members of the public just don’t have enough knowledge of lurcher dogs and sight-hounds and often don’t see them as pets.  A lot of lurchers in PAWS end up finding homes abroad in the Czech Republic, Sweden and Italy as there is a much greater chance of them finding homes in these countries where they are seen as cherished family pets, not money-makers or workers as they are sometimes viewed. Knowing these dogs and spending as much time with lurchers as the PAWS team do, we’d like to shine some light on this hardly known breed.

Lurchers, contrary to belief, make fantastic house pets.  This is often down to their obedient, loyal nature.  While they were originally bred for hunting and coursing, much like the Golden Retriever and Labrador, this has resulted in them developing a love of human companionship and to be part of a family.  They have also developed a love to learn and be taught. This makes them really eager to please you and some of our ex-PAWS lurchers, now adopted and living abroad, have dabbled in agility, flyball and even a spot of ‘doggie-dancing’. They are really mellow, laid-back dogs, and their passion for sleeping and couch-cuddling helps to make them the ideal chilled out family companion.  While lurchers and sight-hounds enjoy a walk as much as the next dog, they often prefer a quick gallop around an enclosed space and they’re pretty much done for the day, happy to go back to their cushiest spot on the couch. (They’re also really pretty and impressive to watch when they’re flying around at top speed!)

They’re clean and easy-to-keep dogs.  If you’re very house-proud, the lurcher is probably the perfect dog for you. This is because a lurcher’s coat can range from smooth to rough-coated, they only shed maybe once or twice a year resulting in them making ideal house-dogs.  Also, while they are very affectionate, a lurcher will never drool all over you like some dogs but rather poke their nose at you and give you the occasional lick.  You won’t ever get covered in slobber with a lurcher.

A lurcher’s temperament ranges from active and outgoing to sensitive and quiet, but always sweet.  This assists in making a lot of lurchers great with kids and adults alike, they even like playing with toys and balls!  However, their stealth and cleverness often makes them able to figure out how to get into closed bins and over locked garden gates, so a high fence or wall and secure back-yard is most definitely required when adopting a lurcher or sight-hound.

Lurchers hardly ever bark excessively, and due to their naturally laid-back dispositions they’re simply uninterested in barking unless for a good reason.  This reinforces their quiet and sweet-natured personalities and helps to make them the ideal family pet. So, while we hope this has helped extinguish some myths about lurchers and sight-hounds, why take our word for it?  Why not take a trip down to our shelter in Mullinahone, Co Tipperary and meet some of our lovely lurcher dogs and see for yourself.  You might even meet your next best friend and offer a home to a dog that has so much love to offer if someone could give them a second chance.  For more info, visit the PAWS kennels in Mullinahone, Co Tipperary.